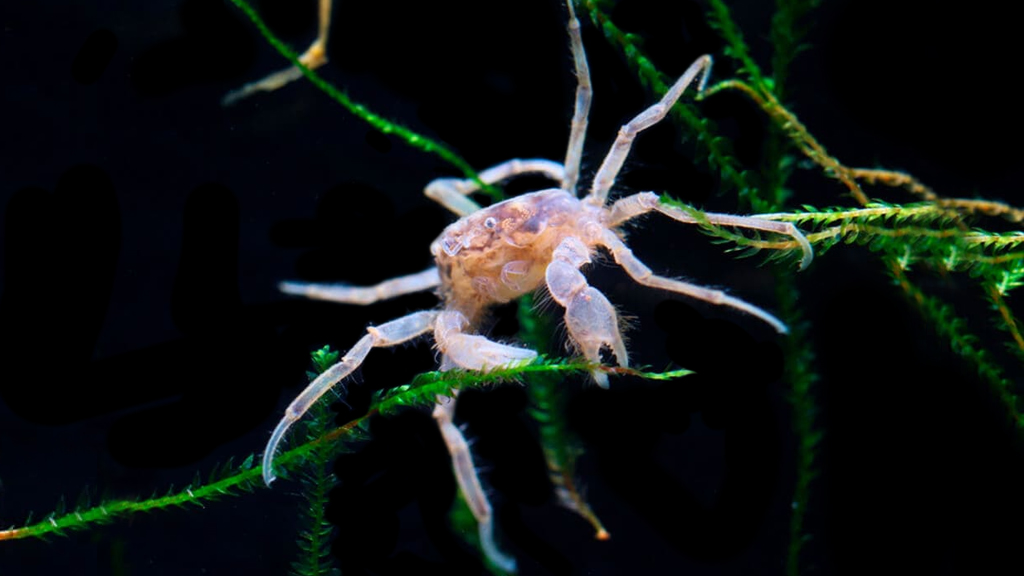 Thai Micro Crabs are also known as «false spider crabs», and their scientific name is Limnopilos naiyanetr. These are tiny, fully aquatic crabs that so far have only been found in one specific river in Thailand. They are a very new and rare addition to the aquarium hobby, making them extremely difficult to find in pet stores or even online. This is one of the very few types of crab that can live fully immersed in water at all times, so they are able to be kept in any freshwater aquarium. Due to their small size, these crabs pose little or no threat to most fish or other aquarium inhabitants; however, aggressive fish or animals may come after the micro crabs.

These crabs resemble spiders in their appearance because of their unusually long legs relative to their bodies. They are usually silvery colour with light brown or beige legs. 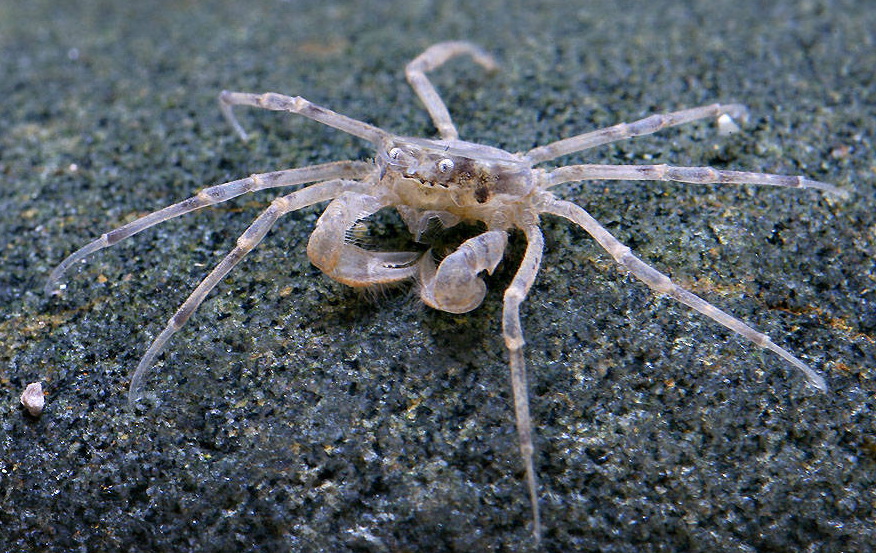 Thai Micro Crabs don’t grow any larger than 1/2 inch in diameter (including their leg-span), making them great for small tanks and nano tanks. They often act shy when first introduced to a new tank, but eventually will be found clinging to plants and decor and perching atop driftwood. They prefer to have plenty of hiding places, such as caves and plant cover. The way they eat is similar to Singapore Flower Shrimp or Bamboo Shrimp – they filter particles out of the water using tiny hairs on their claws. They can also scavenge and on rare occasion hunt prey like most crab species. They have been very safe to keep with small invertebrates in our experience but we have had very few reports of them getting a hold of a dwarf shrimp on rare occasion. Like with any crab or crayfish, the golden rule is that if they can catch it they may try to eat it. Crabs and crayfish alike are omnivorous opportunity scavengers and hunters. Thai Micro Crabs will rarely hunt as they mostly filter feed, but because they are a crab some caution is always advised. Again, from our experience they have showed little to no interest in shrimp or other small inverts and fish, but due to the nature of all crabs some caution is advised.