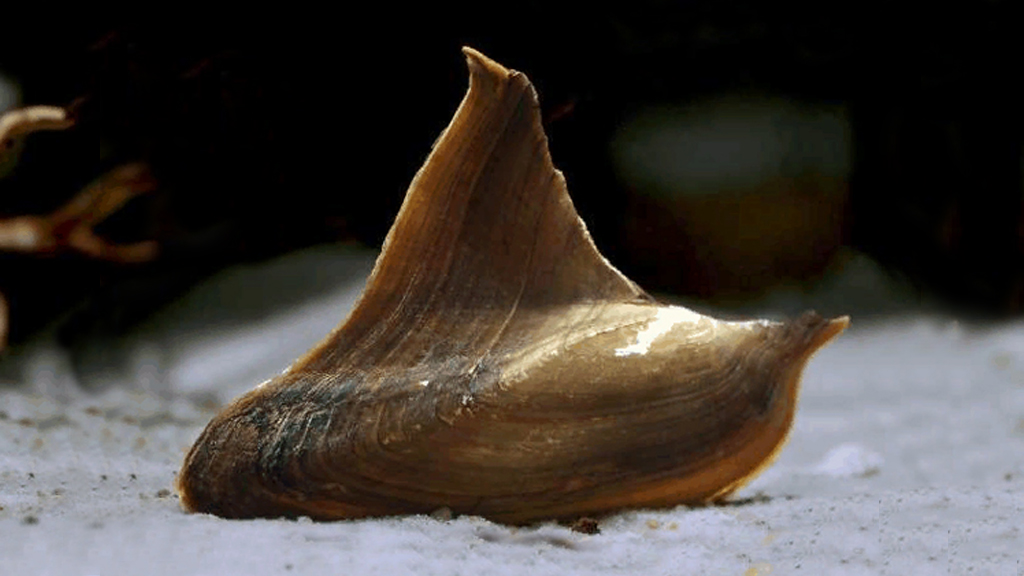 In Thailand, Hyriopsis bialata is aquacultured for pearl production. Small grains of sand are introduced into the shell where it is coated over time with layers of mother of pearl. Although Hyriopsis bialatus originated in southeast Asia, it has become an invasive species in freshwater ponds, streams, and river bottoms in North America and other parts of the world.

The Shark Tooth Mussel has a bizarre shape that accurately resembles a large shark’s tooth. In their natural habitat, they can grow up to 6″ wide at the base, and sport a pointed, triangular tip at the top of the shell.

Shark Tooth Mussels (or Clams) are variable in colour. They can have a light beige to a dark brown base shell coloгr that is frequently covered longitudinally with green to yellow stripes or striations. They are not predatory and do little more than bury themselves into the substrate and filter the water they live in.

They normally do not open up their shells, and when they do, it is only a few millimeters to extend their white foot. Only dead shells remain fully open.

A single Shark Tooth Clam (Hyriopsis bialatus) should be kept in a tank of at least 20-gallon capacity, with a deep, sandy or extremely fine gravel layer of substrate for them to bury themselves into. Shark Tooth Mussels should only be kept in an aged aquarium with enough suspended particles in the water to keep them adequately fed. They thrive in detritus and mulm, so don’t worry about vacuuming the substrate. Although they need no filtration system in their tank, they should have a small powerhead to provide enough water movement to keep detritus and other food particles suspended in the water column. 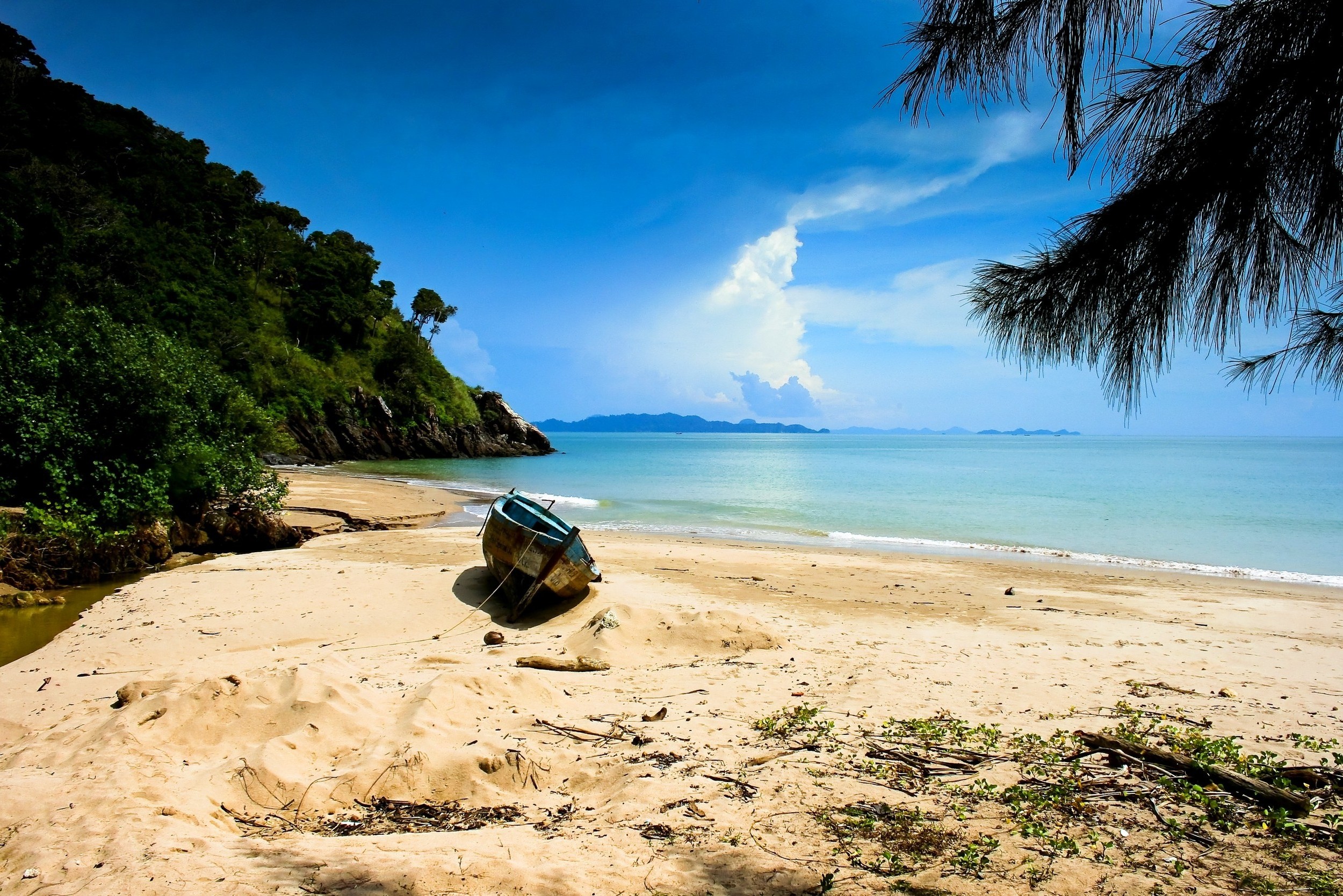 Shark Fin Mussels are used by some tropical fish-keeping enthusiasts as an additional biofilter for heavily stocked community aquariums.

They usually present no problems with shrimp, snails, other clams or mussels, and most peaceful fish species, however, large crabs, crayfish, and a few species of predatory fish (loaches, Cichlids, some catfish, etc.) should never be housed with Shark Tooth Mussels. Fan shrimp or snails from the genera Brotia and Taia make excellent tank mates.

In the wild where there are plenty of microorganisms and lots of detritus in the water, the clams literally live «happy as clams», but in an aquarium environment, especially with mechanical filtration, the water is too clean for them and they will eventually starve.

Over a very short period of time, the Shark Fin Mussel, even in a filterless aquarium, will quickly filter all of the food from the tank water and will have to be supplied a plankton-based food to prevent them from starving to death. Several high-quality liquid plankton-based foods are available for inverts, brine shrimp, daphnia, copepods, etc. that can be fed to Hyriopsis bialatus. Twice daily feedings are highly recommended.

Although Shark Fin Mussels are both male and female, can self fertilize their own eggs, and are aquacultured in southeast Asia for pearl production; they have not yet been successfully bred in an aquarium environment.