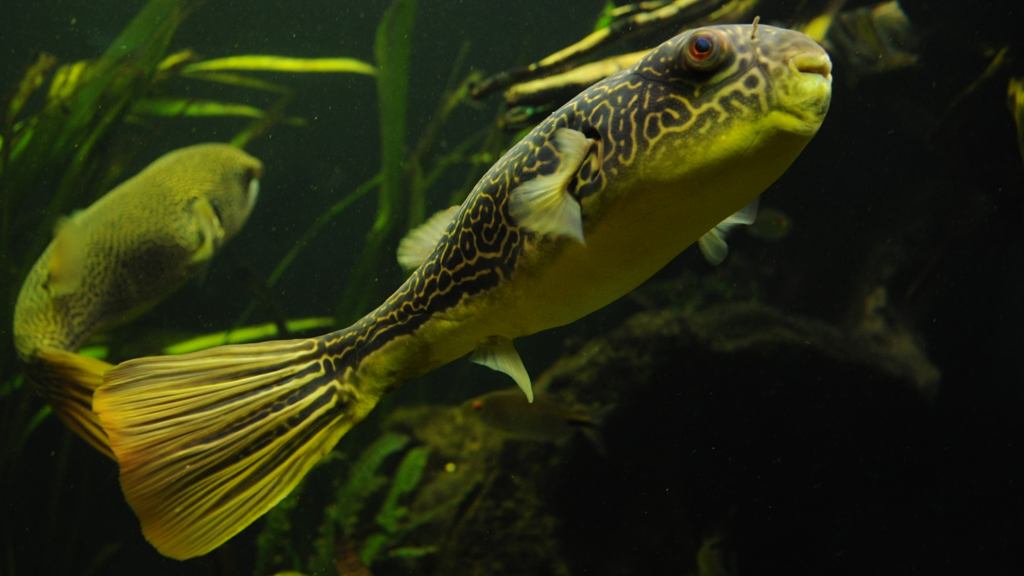 Mbu Puffer, Giant Puffer, or Giant Freshwater Puffer (Tetraodon mbu) is a carnivorous freshwater pufferfish originating from the middle and lower sections of the Congo river in Africa, as well as the east coast of Lake Tanganyika near the Malagarasi River mouth.

The species is commonly referred to as the Giant Freshwater Pufferfish due to its massive size, growing to a length of 67 cm.

Aquarium size something in the region of 240 x 90 x 90 cm – 2040 litres, would be required to house an adult specimen. Juveniles can be grown on in smaller tanks, but be warned, this fish grows quickly.

This is a freshwater puffer and does not require the addition of salt to its tank. We suggest a sandy substrate, with smooth rocks and driftwood pieces for decoration. Leave plenty of open space for swimming. You can plant the aquarium if you wish but be prepared for bite marks to appear in the leaves if the puffer spots any morsels of food on them.

Tetraodon mbu is a molluscivore in nature, and in the aquarium relishes all kinds of shellfish, as well as worms and other live and frozen foods. It should be fed snails and unshelled shellfish (such as crab legs, mussels etc.) regularly, in order to maintain its sharp teeth. As with other puffers, these grow continuously and become a problem for the fish if they are not kept ground down.

A generally aggressive and intolerant species that really should be kept alone. Its beak-like mouth can easily bite chunks from other fish, or in extreme cases rip them to pieces. However, some specimens are less aggressive than others and it is down to the individual fish as to how it will react to tankmates. If you decide to take the risk, you will need a huge tank and tankmates that swim too quickly for the puffer to catch them easily. It is also very aggressive towards conspecifics and should never be kept in groups. 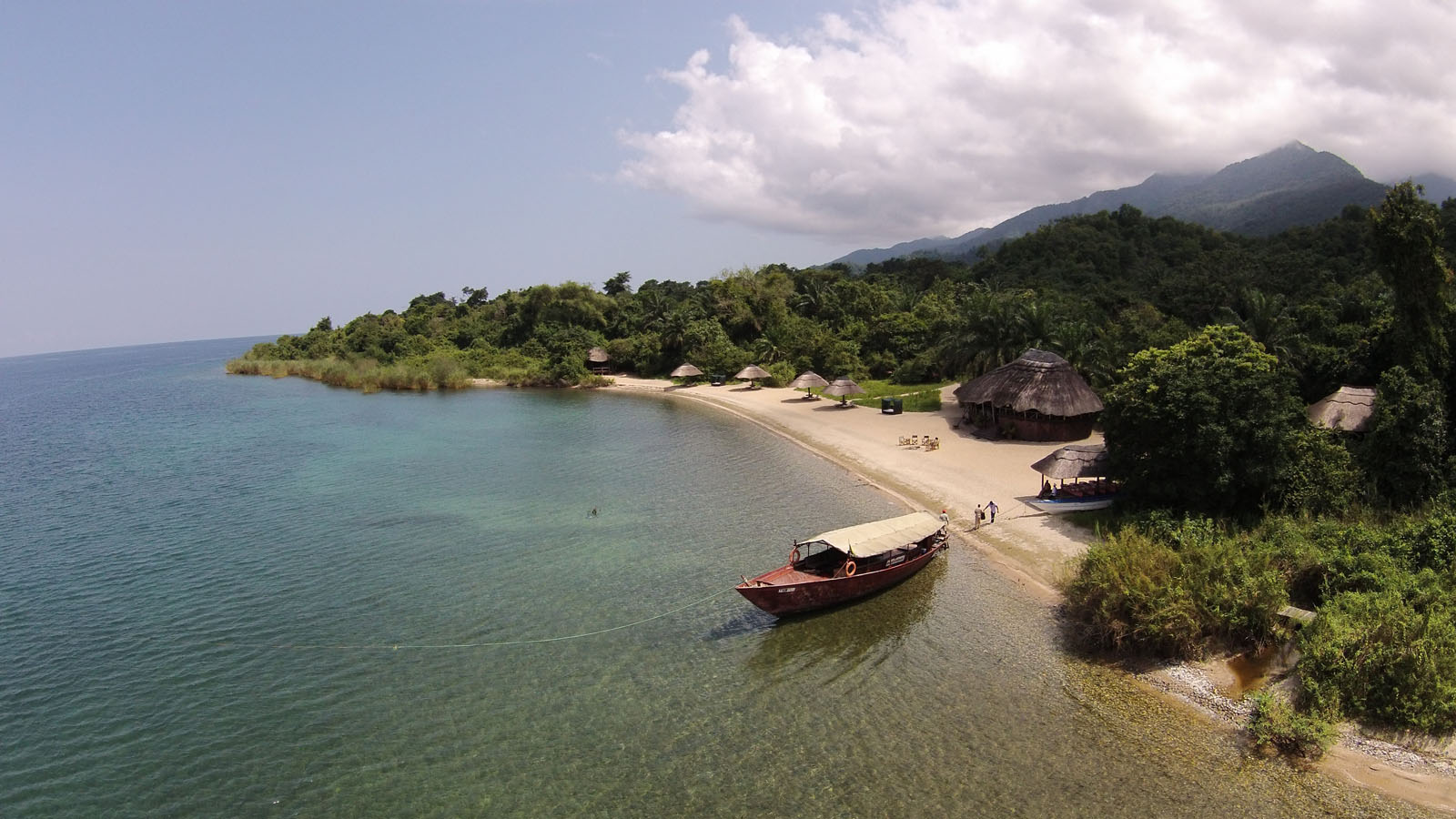 Pufferfish are so-called as they have the ability to inflate their elastic stomachs with water or air. This is usually a response to some kind of threat, although in the aquarium many specimens appear to inflate themselves for no apparent reason. The fish becomes 2 or 3 times its normal size, big enough to scare away many potential predators, or difficult to swallow.

Puffers also have several other interesting adaptations. They are one of the few fish that can actually blink or close their eyes, which only serves to add further charm to what is already a fish with bags of character. They also have beak-like mouthparts, which are formed by a fusing of 2 teeth from each jaw (hence Tetraodon). These are used to crush shelled invertebrates, the favourite food of most puffers.

Many parts of the body of puffers contain the deadly neurotoxin tetrodoxin. This is the same poison found in the notorious blue-ringed octopus. When ingested in sufficient quantities, it can cause paralysis and death. As yet, there is no known antitoxin and to humans it is over 1000 times deadlier than cyanide. Grotesquely, the victim usually remains conscious as he or she becomes paralysed. It’s a famous delicacy in Japan, but is prepared only by highly-trained chefs, and even then many people have died from eating it. This need not worry you, but if you need to get rid of your puffer, sell it on: getting the barbecue out is not recommended!

The Giant Puffer is also known as the Giant Green Puffer, or simply as the Mbu Puffer. It is an enigmatic species, as not only is it one of the most aggressive puffers available, but it will also learn to interact with its owner, developing into a real pet. Each individual seems to have a unique personality, which is rare among fish. Its eyes appear to show real expression, and its ponderous movements are a joy to watch. It can also change colour, depending on its mood or surroundings. Some specimens will puff up when they want attention, and to see a fully-grown adult inflate to the size of several footballs is an amazing sight.