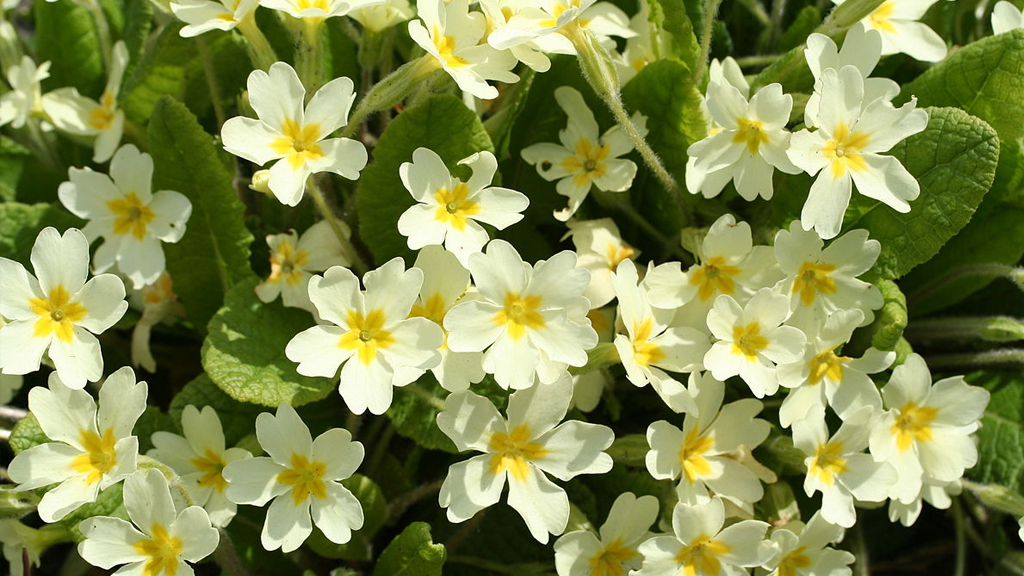 Primula vulgaris – perennial growing 10 – 30 cm tall, with a basal rosette of leaves which are more-or-less evergreen in favoured habitats. It flowers in early spring in the northern hemisphere (February – April) on slopes and meadows. The leaves are 5 – 25 cm long and 2 – 6 cm broad, often heavily wrinkled, with an irregularly crenate to dentate margin. The leaf blade is gradually attenuated towards the base and unevenly toothed. The single stem, extremely short, is hidden in the centre of the leaf rosette. The delicately scented flowers are 2 – 4 cm in diameter, borne singly on short slender stems.

The flowers are typically pale yellow, though white or pink forms are often seen in nature. The flowers are actinomorphic with a superior ovary which later forms a capsule opening by valves to release the small black seeds. The flowers are hermaphrodite but heterostylous; individual plants bear either pin flowers (longuistylous flower: with the capita of the style prominent) or thrum flowers (brevistylous flower: with the stamens prominent). Fertilisation can only take place between pin and thrum flowers. Pin-to-pin and thrum-to-thrum pollination is ineffective.

The native range of Primula vulgaris encompasses western and southern Europe. In the north, the distribution area extends from central Norway near the Faroe Islands via the British Isles, Denmark, northern Germany, the Netherlands, Belgium and France to southern Portugal in the south and the tip of North Africa in Algeria. To the east, the range extends through the southern European peninsulas to the Crimea, Balkans, Syria, Turkey and Armenia.

Inappropriate conditions, Primula vulgaris can cover the ground in open woods and shaded hedgerows. It is found mainly by streams, under bushes, in orchards and clear, moist deciduous forests. Occasionally it also appears in meadows. In Central Europe plants thrive best on nutrient-rich, but lime-poor, humus-rich, loose and often stony loam soils in winter-mild situations. In more populated areas it has sometimes suffered from over-collection and theft so that few natural displays of primroses in abundance can now be found. However, it is common on motorway verges and railway embankments where human intervention is restricted. 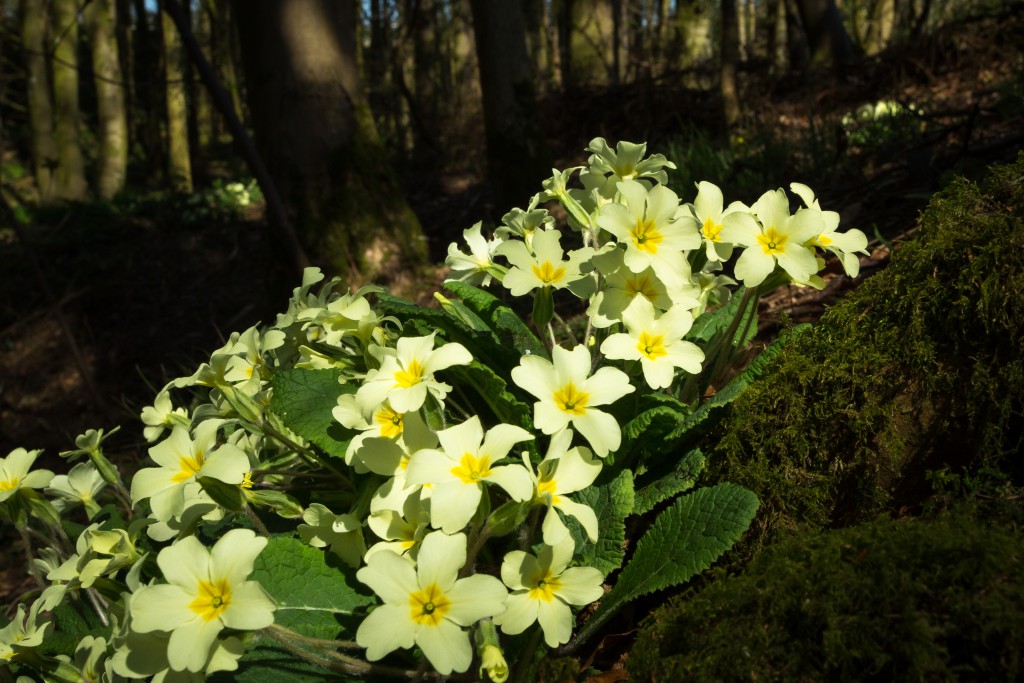 The wild primrose is a staple of cottage garden plantings and is widely available as seeds or young plants. It grows best in moist but well-drained soil in light shade. It is increased by seed and division. The throat is usually coloured rich yellow.

Both flowers and leaves are edible, the flavour ranging between mild lettuce and more bitter salad greens. The leaves can be cooked in soup but preferably with other plants because they are sometimes a little strong. The leaves can also be used for tea, and the young flowers can be made into primrose wine. In the past, the whole plant and especially the root were considered to have analgesic, spasmodic, diuretic and expectorant properties. It contains small amounts of saponins and was given for colds. Primula vulgaris foliage contains significant amounts of vitamin C.

Primrose flowers and the flowers of related members of the Primulaceae are often removed from their stalks and scattered on the ground by green finchs apparently consuming the ovaries and nectaries.