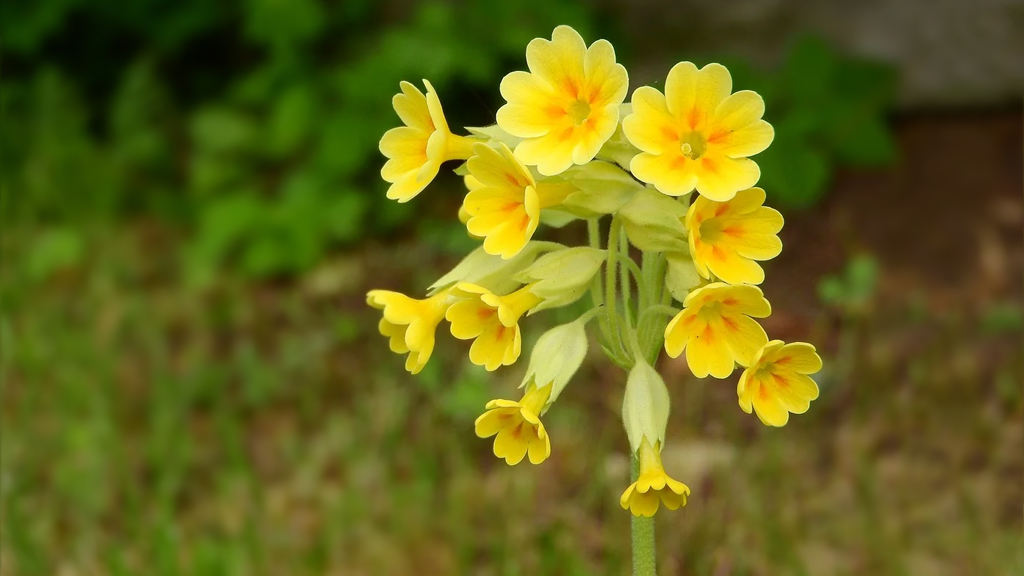 Primula veris, Common Cowslip, or Cowslip Primrose – herbaceous perennial flowering plant primrose family Primulaceae. The species is native throughout most of temperate Europe and western Asia, and although absent from more northerly areas including much of northwest Scotland, it reappears in northernmost Sutherland and Orkney and in Scandinavia.

Primula veris is a variable evergreen or semi-evergreen perennial plant growing to 25 cm tall and broad, with a rosette of leaves 5 – 15 cm long and 2 – 6 cm broad. The deep yellow flowers are produced in spring, in clusters of 10 – 30 blooms together on a single stem. Each flower is 9 – 15 mm broad. Red and orange-flowered plants occur rarely but can be locally widespread in areas where coloured primula hybrids bloom at the same time as the native cowslip, enabling cross-pollination.

The cowslip is frequently found on the more open ground than the primrose, including open fields, meadows, coastal dunes, and clifftops. The seeds are now often included in wildflower seed mixes used to landscape motorway banks and similar civil engineering earthworks where the plants may be seen in dense stands. This practice has led to a revival in its fortunes. 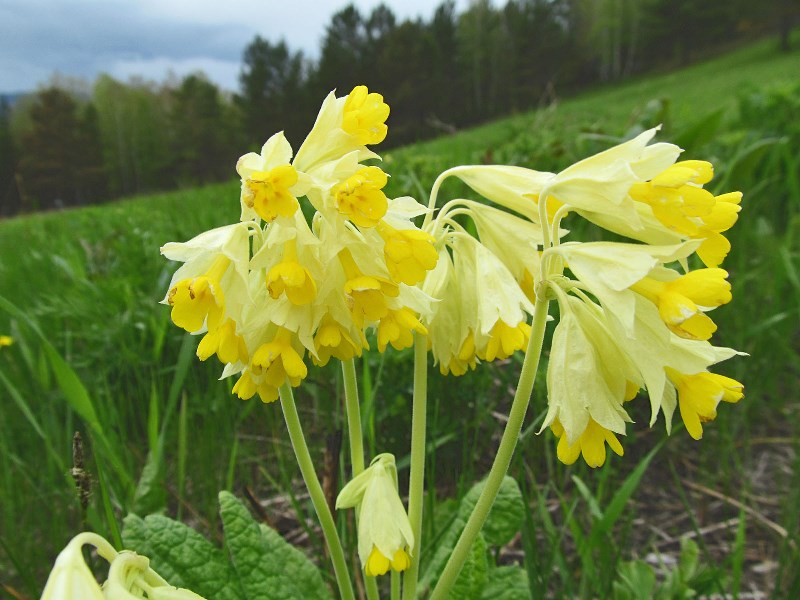 Cowslip leaves have been traditionally used in Spanish cooking as a salad green. Uses in English cookery include using the flowers to flavor country wine and vinegars; sugaring to be a sweet or eaten as part of a composed salad while the juice of the cowslip is used to prepare tansy for frying. The close cousin of the cowslip, the primrose Primula vulgaris has often been confused with the cowslip and its uses in cuisine are similar with the addition of its flowers being used as a colouring agent in desserts.