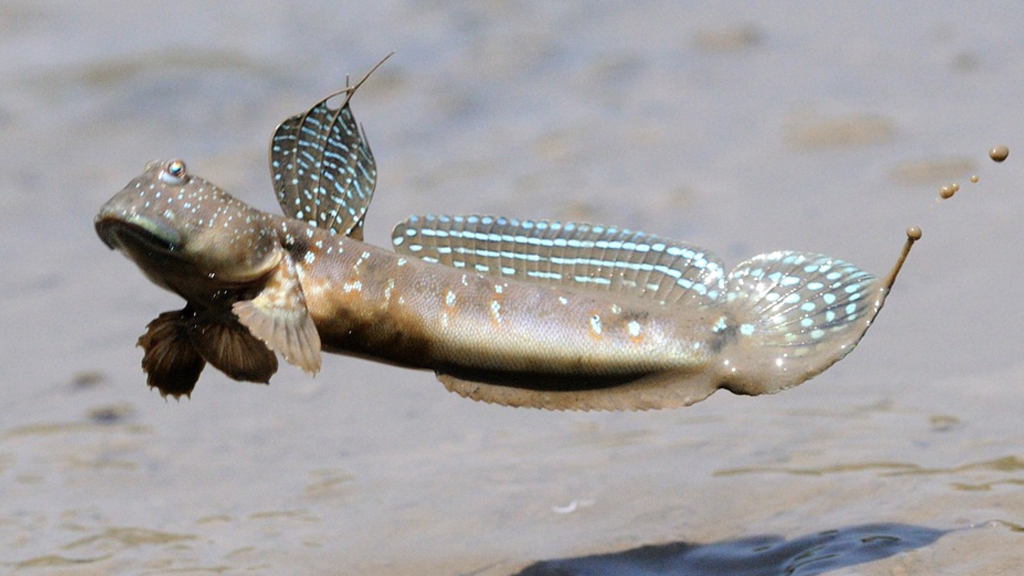 The Atlantic Mudskipper (Periophthalmus barbarus) – species mudskipper. This species occurs throughout most of the west African coastline, from Mauritania in the north southwards as far as Angola. Supposed occurences in India, Thailand and the Phillipines are probably misidentifications.

Found mainly in estuarine mangrove swamps, where it lives on and around mudflats at the water’s edge. Some populations live in highly tidal areas, where the flats are only exposed at low tide. The fish emerge to forage during these periods, retreating underwater to their burrows when the water level begins to rise.

Atlantic Mudskippers are semi-aquatic animals that occur on tidal flats and mangrove forests, where it readily crosses mud and sand surfaces out of the water. The Atlantic Mudskipper is carnivorous, and utilises an ambushing strategy to capture prey. Capturing prey is performed through the use of a «hydrodynamic tongue», which involves using water to suction the prey into the mouth.

Sexual maturity is reached at approximately 10.2 cm for females and 10.8 cm for males. The Atlantic Mudskipper can live around five years. 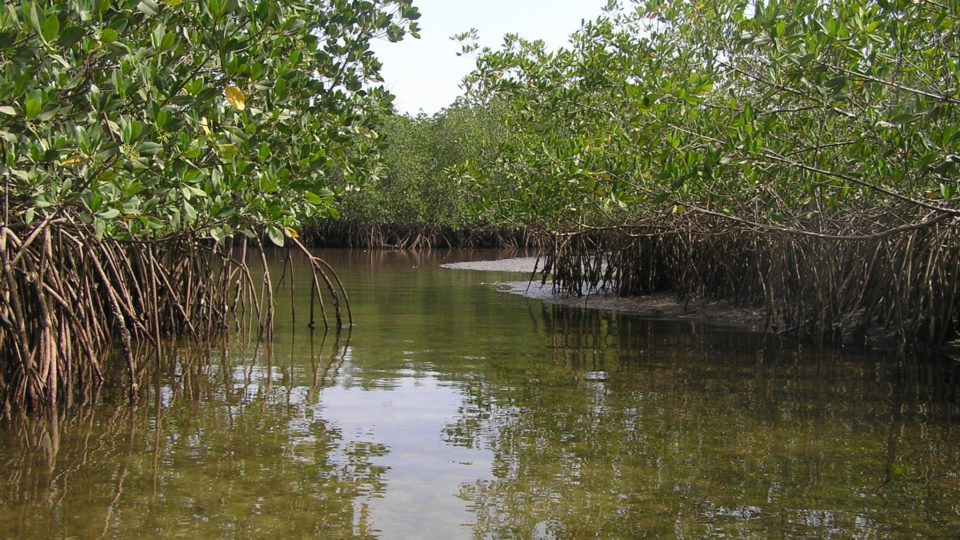 Aquarium size 120 x 30 x 30 cm – 110 litre tank is just about acceptable for a single fish. The more floor space the better though.

The set-up must have exposed land areas. A bank or beach made of sand or mudflat mud is suggested but you could use partially submerged bogwood. It’s also essential that the atmosphere outside the water is very humid and has the same temperature as the water. A tightly-fitting lid is therefore a prerequisite, and will also prevent the fish from climbing out of the aquarium. If you want to grow plants use species that can tolerate brackish conditions such as Rhizophora (mangrove) sp. or perhaps Java fern (Microsorum pteropus). Plastic plants are also suitable.

The set-up should have an efficient filter as mudskippers are greedy, messy fish. Although the species has been recorded in both freshwater and full marine conditions in nature it is primarily a brackish animal. Marine salt should thus be added to the water until a specific gravity of around 1.005 is achieved. Any of the commercially produced marine salt «mixes» are ok to use.

Feeds chiefly on crabs, insects and other invertebrates in the wild but is surprisingly adaptable in captivity. It will accept live worms, crickets, flies, mealworms, beetles, small fish, crustaceans, frozen fare such as bloodworm or Artemia and even flake. However the feeding of dried food is not recommended as it can swell up in the animals stomach and cause bloating. A basic diet of frozen foods with regular live supplements is recommended.

It is highly territorial with conspecifics and should not be kept with small fish as they may be eaten. A well-designed, large set-up can be kept with other brackish species such as Anableps, Toxotes, Monodactylus, Scatophagus, Arius catfish and other gobies. A species tank is preferable in most cases though.

Males are incredibly territorial with one another and it is not unusual for a hyper-dominant male to systematically eliminate any other mudskipper in the tank if conditions are cramped. We suggest purchasing only a single specimen if space is limited. In a large tank a group of 5 or more can be kept. Keeping several like this will help to dissipate any territorial activity but there must be enough room for each fish to develop a.

Due to its highly amphibious nature, this must be one of the most interesting, endearing species that can be kept in aquaria. Some specimens rarely enter deep water, preferring to sit in the shallows with the body submerged and eyes protruding above the surface. Others seem to favour resting completely exposed on rocks, sand or bogwood, returning to the water periodically to wet themselves. Subdominant individuals (those that are unable to secure a favourable territory) tend to attach themselves to the sides of the aquarium using their fused pectoral fins.

The eyes are one of the features that give mudskippers such cultish charm. These are set high on the head, giving the animal 360° vision and a peculiar, froglike expression. You will often see the eyes being rolled back into their sockets or brushed with a pectoral fin in order to keep them moist. Movement outside the tank is usually spotted very quickly, and the inquisitive fish will sometimes crowd to the front glass to see what is going on. They will also learn to recognise you quite quickly (especially if you are the only person feeding them) and can easily be trained to climb onto your hand to snatch morsels of food.